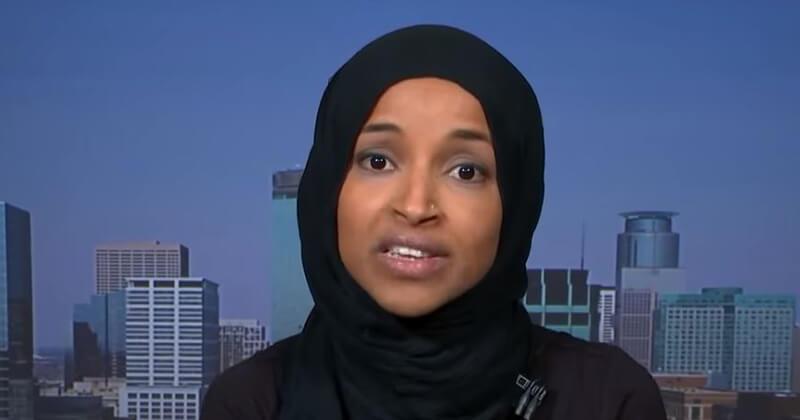 If Rep. Ilhan Omar had her way, it looks like she would take one of veterans’ most cherished benefits and expand it to include everyone, no military service necessary.

Unfortunately for the Minnesota Democrat, it doesn’t look like the Americans who have earned their GI Bill benefits are willing to go along with that plan.

The insulting proposal comes from an article Omar tweeted Feb. 6.

“Imagine what it would do for our country and those who live here if we were to take the ethos behind the original GI Bill and apply it to everybody — canceling all student debt and making public colleges, universities, and vocational schools tuition-free,” Omar quoted from the AlterNet piece.

The GI Bill is a catch-all name for several programs aimed at giving qualifying veterans scholarships and other educational opportunities after they’ve served a certain amount of time in the military.

Obviously, expanding that program to cover everybody didn’t sit well with many people.

“This really shows how little you know,” one veteran wrote on Twitter. “The GI bill wasn’t free. I received the GI bill for proudly serving 11 years in the Army National Guard. I would completely agree that anyone who is willing to do that should also receive this great benefit.”

Others brought up the harsh and deadly conditions service members face to earn the same benefits Omar is suggesting be doled out to everyone.

“Imagine SERVING YOUR COUNTRY (instead of your own SELF-INTERESTS),” another veteran replied. “Imagine being placed in harms way while taking fire in some foreign country while dealing with IED’s, snipers and bombs.”

“The G.I. Bill is for those who SERVED—something you know NOTHING about!”

Even civilians saw the flaw in the plan Omar was pushing, coming out against it in full force in the tweet’s replies.

“My son served in Afghanistan as a combat medic,” one mother said. “Risked his life and saved lives. He earned his GI student loan and is now an ER nurse.

“You cheapen his sacrifice. Shame on you.”

The GI Bill exists for a reason — it opens up higher education to many veterans and allows them to bring the discipline and knowledge learned in the military to the civilian job market.

For other veterans, it offers more careers after their service. Some, such as tank crewmen and infantrymen, have few civilian jobs that match up with a skill set cultivated for combat.

Those who have never served aren’t entirely devoid of options.

Scholarships for athletics or academic performance can completely cover the cost of university for some students. Companies are also increasingly offering educational benefits to their employees that offset or completely finance college courses.

Of course, the proposal to completely revamp the GI Bill that Omar is pushing would destroy this merit-based system while cheapening a respected program for U.S. veterans.

Judging by the overwhelmingly negative responses Omar is receiving, any attempt to pursue this idea is likely to end in complete disaster for her.