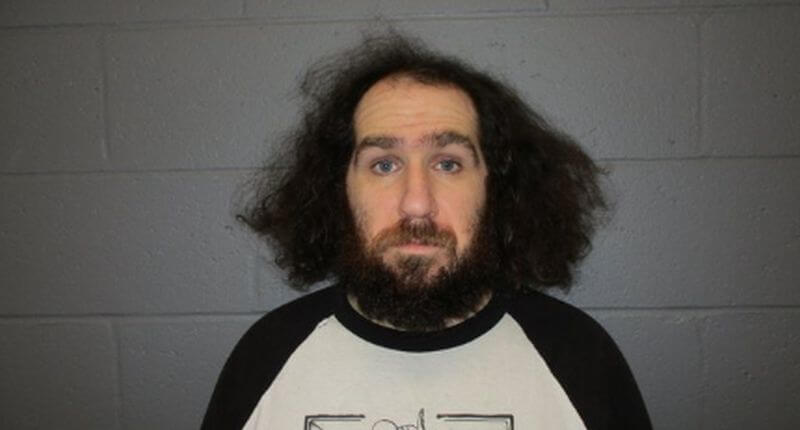 In the state of New Hampshire a Trump hating jerk named Patrick Bradley has been arrested for the heinous act of assaulting a fifteen year old Trump supporter:

The teen was at a tent for the Trump Campaign.

Bradley also attacked 2 other people and trashed the tent.#Boston25 pic.twitter.com/1yMpaprYM4

Here’s more on this allegedly vile act by a depraved man, via CBS News:

A Windham man was arrested for allegedly slapping a 15-year-old boy who was inside a Trump campaign tent during the New Hampshire primary on Tuesday.

Police said 34-year-old Patrick Bradley exited the voting polls inside Windham High School and slapped the boy across the face.

The boy was in a campaign tent for President Donald Trump with other supporters and workers. When two other adults stepped in, Bradley allegedly assaulted them too. He is also accused of throwing Trump campaign signs and attempting to knock over the tent.

Bradley was arrested Thursday afternoon and charged with three counts of simple assault and one count of disorderly conduct. He is being held on $5,000 cash bail and will be arraigned on Friday.

Turns out Donald Trump Jr. had posed for pictures with the boy before he was allegedly assaulted by Patrick Bradley:

Has the violence from the left gone too far?

So it turns out that I actually met the 15 year old victim shortly before he was attacked by a sick leftist.

I asked an aide to find his number & just got off the phone with him & his mother. I thanked them for being such strong supporters. My family has your back Nate! #MAGA https://t.co/1u5vOB9VwW pic.twitter.com/uZtcE9ABVp

In my opinion this is one hundred percent the fault of Democrats and the media because they make such absurd claims about President Trump and his supporters that they practically incite this kind of violence.

This is another reason why voters needs to send a very loud message to the Democrats in November.

Stop the nonsense, or pay the price at the polls.