The last few days have shown us all beyond a shadow of a doubt that Joe Biden is not mentally well.

The man can barely manage to finish a complete understandable sentence, let alone manage something as complex as the executive branch of government.

Joe Biden has lost it an continuing to push his candidacy is cruel, and his family is clearly complicit.

Maybe hoping they can cash in before Joe loses it all together.

Here is the sad, pitiful state of Joe Biden’s run for president brutally summed up with one cartoon: 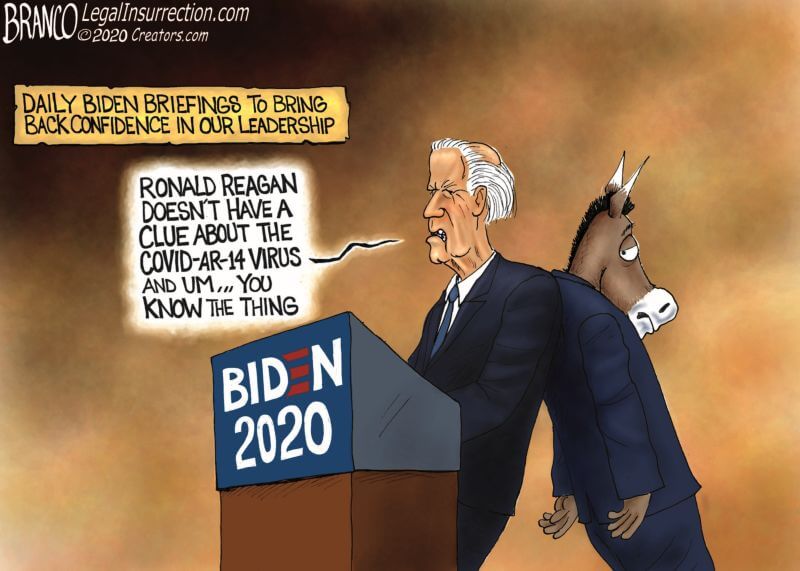 In a series of interviews Tuesday, Joe Biden attempted to remind America he’s still running for president, but ended up providing President Trump a treasure trove of campaign fodder.

The ostensible Democratic front-runner appeared in lengthy interviews on CNN, MSNBC, and ABC’s “The View,” to describe how much more competent his handling of the Coronavirus crisis would be were he in the White House, but appeared confused and sick — coughing incessantly — throughout the appearances.

CNN’s Jake Tapper even had to remind the former vice president that current protocol is to cough into his elbow, not his his, as he had been doing.

Biden, who has struggled to insert himself into the national conversation since the Coronavirus crisis suspended traditional political campaigning, spoke from his basement in Wilmington, Del., and was additionally impaired by an audio delay.

On The View, Biden scored an own-goal after trying to take down Trump, saying: “We have to take care of the cure. That will make the problem worse no matter what — no matter what.”

On MSNBC, Biden attacked Trump for being both too hard and too soft on China; watching him, Biden said, “is like a yo-yo.” Immediately upon saying it, Biden blushed, appearing to think he may have said something racially insensitive. “I shouldn’t have said that,” he said to himself.

While trying to express sympathy for those who’ve died of Coronavirus, Biden couldn’t come up with any words at all: “And I tell you what, I’m so darn proud. And those poor people who have — lost — anyway — it’s just …”

As Nicolle Wallace tried shepherding him along, he added simply: “My heart goes out to them.”

In another extremely awkward moment, Biden said of Trump: “Why doesn’t he just act like a president?” After a moment of reflection, he added, “That’s a stupid way to say it.”

“Go ahead,” she insisted.

BIDEN: ‘We Have to Take Care of the Cure… That Will Make the Problem Worse No Matter What’ https://t.co/dFejQ9GMya 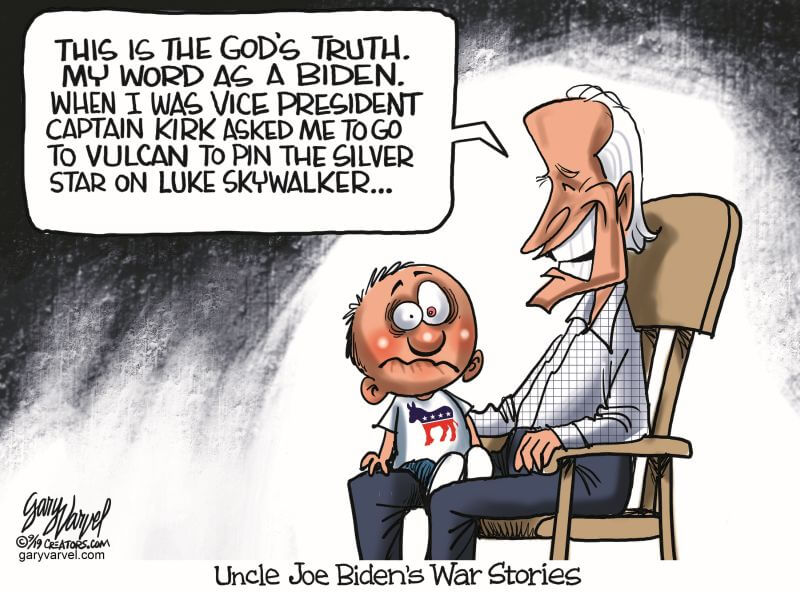