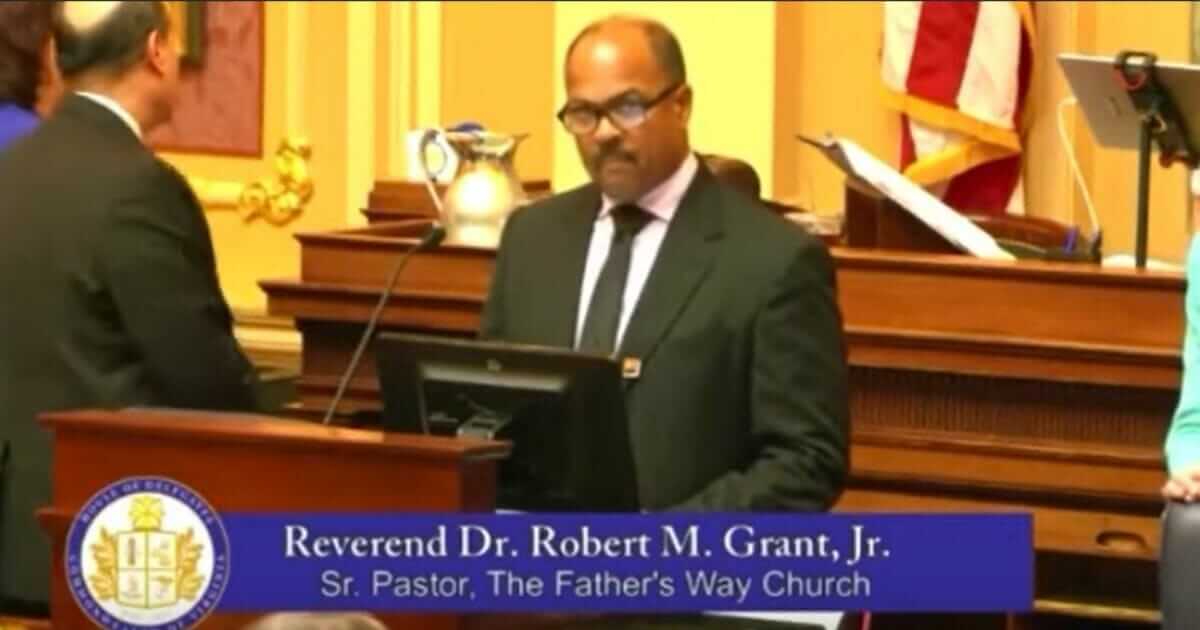 A pastor’s biblical prayer was not only heckled but outright snubbed by Virginia Democrats in a shameless display.

Democratic lawmakers in Virginia’s House of Delegates made their distaste of the Rev. Dr. Robert M. Grant Jr. clear Tuesday morning by heckling the pastor and walking out on his opening prayer.

Grant’s prayer started without outrage, but that changed when the pastor warned against legislation that violates biblical principles.

“I pray that you may understand that all life is precious and worthy of a chance to be born. God is a giver of life and people have no right or authority to take life,” Grant said. “The unborn has rights, and those rights need to be protected.”

“I pray that this chamber will uphold the Virginia family,” Grant continued. “That the bills and laws being passed will always protect the biblical traditional marriage as God instructed the first man and the first woman in the Bible.”

Grant was unable to finish this thought before a heckler broke in, questioning whether this was a prayer or a sermon.

According to the Virginia Mercury, Democratic delegates soon began to walk out on Grant’s prayer.

As delegates fled, Speaker Eileen Filler-Corn cut the prayer short with a bang of the gavel.

Grant’s six-minute prayer can be seen in full below.

The pastor’s encounter with intolerant Democrats left him with a negative impression of the lawmakers.

“If it’s my turn to have a voice, and I am a pastor, what do you expect from me? If you don’t want to hear what a pastor has to say, then don’t invite one.”

Democratic lawmakers slammed Grant’s conduct, calling it “disrespectful” and “off the rail.” One said it “felt like condemnation.”

Leftists will accept and even advocate for many things in the name of tolerance, but it seems that even mentioning biblical principles is a bridge too far for some.