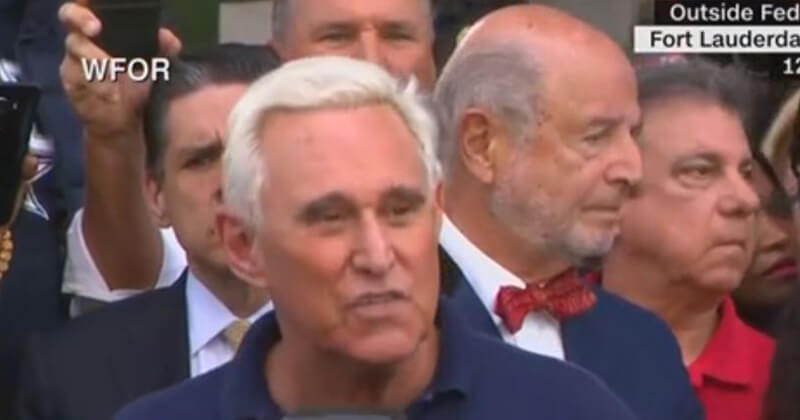 The forewoman of the jury that convicted former Donald Trump adviser Roger Stone on charges of obstruction last year has been discovered to have a history of Democratic activism and anti-Trump sentiments.

Tomeka Hart, the jury forewoman and a former board member for Memphis City Schools in Tennessee, has been discovered to have made social media posts expressing her distaste for the Trump presidency and his followers as well as revealing her feelings about the Stone trial before he was convicted.

The social media revelations came after Hart told CNN that she had written a Facebook post in order to “stand up” for the four prosecutors who withdrew from the Stone trial after the Department of Justice changed its sentencing recommendation.

“I want to stand up for Aaron Zelinsky, Adam Jed, Michael Marando, and Jonathan Kravis — the prosecutors on the Roger Stone Trial,” her post read.

“It pains me to see the DOJ now interfere with the hard work of the prosecutors. They acted with the utmost intelligence, integrity, and respect for our system of justice.”

In January 2019, Hart retweeted a post by pundit Bakari Sellers mocking the argument that the dramatic arrest of Stone was excessive force.

Look at her retweet about Roger Stone’s arrest.

Hart also tweeted a quote referring to the president as a member of the Ku Klux Klan.

“Quick question for the #KlanPresident and the 64% of Republicans who agree with his remarks and behavior over… https://t.co/HSObN7kZbL

In August 2019, she called Trump supporters racist, tweeting, “Co-signing and defending a racist and his racist rhetoric makes you racist.”

On the day Stone was convicted, she tweeted two heart emojis and two fist-pump emojis.

Here is the Tweet from one of the jurors who voted to convict Roger Stone, from the same day. pic.twitter.com/p54zkoMDCB

Legal experts told Fox News that Hart provided misleading answers on her jury form about her political and social media activity and her opinion of Trump and the Russia probe.

The drama surrounding Stone’s trial followed a Justice Department decision to overrule prosecutors and change a sentencing recommendation for Stone, who in November was found guilty of lying to Congress and obstructing the Russia investigation conducted by former special counsel Robert Mueller.

The U.S. Attorney’s Office for the District of Columbia initially recommended that Stone, 67, be put behind bars for seven to nine years, according to USA Today.

In a document filed Tuesday afternoon, the Justice Department pulled back on its initial recommendation, saying seven to nine years in prison “would not be appropriate.”

The revised filing did not make a recommendation.