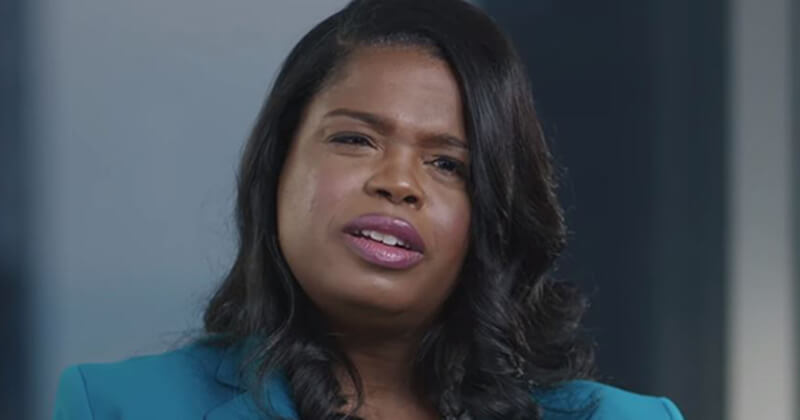 Even Democrats can’t be this gullible.

When Cook County State’s Attorney Kim Foxx was faced with the news this week that Smollett had been indicted on charges of lying to police, she blamed Trump himself.

It’s a good bet that by now most of the country knows Smollett’s story never added up.

The question is whether Foxx’s argument will carry any weight.

It was just over a year ago when Smollett, a star of the Fox drama “Empire,” came forward with the literally unbelievable story that he’d been attacked in the early morning hours on a Chicago street near his home by two men who told him he was in “MAGA country,” in reference to Trump’s “Make America Great Again” slogan.

As it turned out, though, Smollett appears to have been “attacked” by two acquaintances in a staged affair that was apparently meant to drum up public sympathy for the actor.

Smollett then faced 16 felony charges related to filing a false report, but his case was dropped by the state attorney’s office. He was let off with 15 hours of “community service” and forfeiture of $10,000 in bail money he paid when he was charged.

That infuriated not only the general public but also the Chicago police, particularly considering Foxx had announced she was recusing herself from the case, but never actually did.

Will Jussie Smollett do prison time for his crimes?

In the new indictments against Smollett, as posted by WBBM in Chicago, special prosecutor Dan Webb wrote that he had reached “no conclusions” about whether the state’s attorney’s office had “engaged in wrongdoing” in its handling of the case.

But that didn’t stop Foxx, who is running for re-election and facing a primary next month, from lashing out at the special prosecutor – and attempting to somehow rope the Trump administration into the Chicago legal system.

“The Cook County State’s Attorney’s office charged Jussie Smollett with multiple counts, and today the Special Prosecutor did the same,” the Foxx campaign said in a prepared statement, according to WBBM-TV.

“What’s questionable here is the James Comey-like timing of that charging decision, just 35 days before an election, which can only be interpreted as the further politicization of the justice system, something voters in the era of Donald Trump should consider offensive.”

Actually, what’s offensive is the Democratic projection at play here.

Not only does the Foxx campaign try to draw a link between the Cook County special prosecutor and former FBI Director James Comey’s decision on the eve of the 2016 presidential election to reopen the bureau’s investigation of the Hillary Clinton email scandal, it also tries to blame the Trump administration for the “politicization of the justice system.”

(Because the whole country knows the justice system in Chicago’s home of Cook County, Illinois, was a shining example of judicial integrity before Trump’s upset victory four years ago.)

What the statement neglects to communicate is that it was the fault of Hillary Clinton — the 2016 Democratic nominee for president — that there even was an email investigation in the first place. Comey has many, many faults, but blaming him for Clinton’s email problems is missing the point completely.

Likewise, there would be no special prosecutor in Cook County releasing decisions about the Smollett case at a sensitive time politically if the case hadn’t been politicized from the beginning.

It was politicized by Smollett himself when he filed a report about the assault – staunchly Democratic Chicago isn’t “MAGA country” by any stretch of the imagination.

It was politicized by a willfully gullible national media that rushed to publicize an alleged attack that made Trump supporters look like racist criminals. (And some original accounts are still up and uncorrected.)

It was obviously politicized by Foxx’s office last year, when, as Webb’s investigation found, the charges were dropped against Smollett for no justifiable reason. In April, a Cook County judge in an unrelated case even went public with his feeling of just how poisonous that “politicization of the justice system” was to the public eye.

Yet Foxx, in the middle of a re-election campaign, is accusing the special prosecutor of “politicization of the justice system.” And, for good measure, she’s trying to make the case of a celebrity accused of concocting a bizarre victimization tale in the Windy City into some kind of referendum on the presidency of Donald Trump.

Kim Foxx’s re-election will be — or should be — decided on her constituents’ opinion own merits (or lack thereof) – not her transparent attempt to make it about Trump.

Not even Democrats, not even in Chicago, could be gullible enough to fall for that.