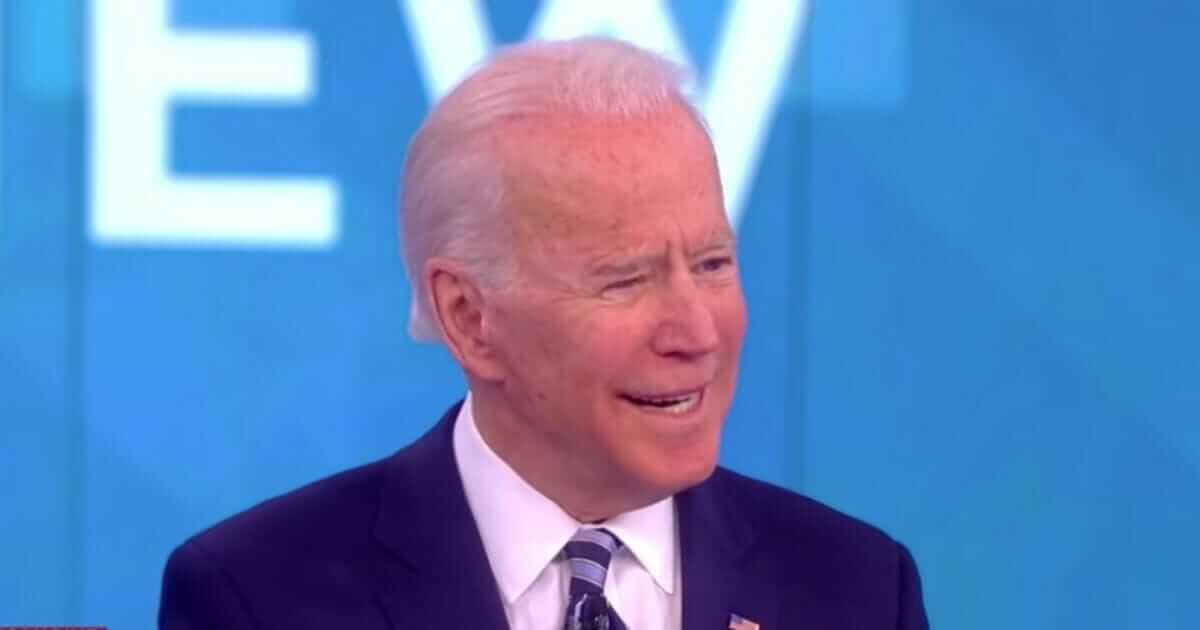 During a TV interview Thursday, Democratic presidential candidate former Vice President Joe Biden once again wished himself back in high school so he could beat up President Donald Trump

“I would like to be able to be back in high school and just have he and I in a room,” Biden said during an appearance on “The View.”

Biden was responding to a comment from host Joy Behar that the former vice president may not have appeared sufficiently angry when Trump spoke about Hunter Biden, whose actions working for a Ukrainian energy company have drawn scrutiny.

“But all kidding aside, here’s the deal,” he added. “It is hurtful, particularly when guys like Lindsey Graham, who is a friend of mine, do these things.”

When asked if he still thought of the Republican senator from South Carolina as a friend, Biden replied, “I plan on being president. Presidents can’t hold grudges.”

“You’ve got to heal. We’ve got to heal the country,” he said. “And I just don’t want to let myself get into the mood of … people say why don’t I attack his kids, they’re making millions. …  That’s not how we were raised.”

However, last fall he did just that.

“I wasn’t raised to go after the children. Their actions speak for themselves,” Biden said during a “60 Minutes” interview on CBS in October when asked about Trump’s children.

Is Biden cracking under the pressure of a failed campaign?

“It’s just simply improper because you should make it clear to the American public that everything you’re doing is for them. And the idea that you’re going to have his children, his son-in-law, etc., engaged in the day-to-day operation of things they know nothing about.”

During his interview on “The View” Joe Biden said that his son, Hunter, “has never done anything wrong.”

“This is a guy who has done nothing but good things his whole life, my son,” Biden said, adding, “But look, it’s what it is. We knew it was going to be ugly.”

Biden has voiced his desire before to pummel Trump.

During a 2018 speech, he said: “If we were in high school I’d take him behind the gym and beat the hell out of him.”

Crazy Joe Biden is trying to act like a tough guy. Actually, he is weak, both mentally and physically, and yet he threatens me, for the second time, with physical assault. He doesn’t know me, but he would go down fast and hard, crying all the way. Don’t threaten people Joe!

Biden’s penchant for suggesting he’d like to settle differences with Trump physically also came to the fore during a 2019 interview in which he said that if Trump commented about his age or mental state during a debate, he would challenge Trump to a push-up contest, according to The Washington Post.

Biden’s urge to beat up Trump first appeared during the 2016 campaign, according to CNN.

“”The press always ask me, ‘Don’t I wish I were debating him?’ No, I wish we were in high school — I could take him behind the gym. That’s what I wish,” Biden said in October 2016, CNN reported.