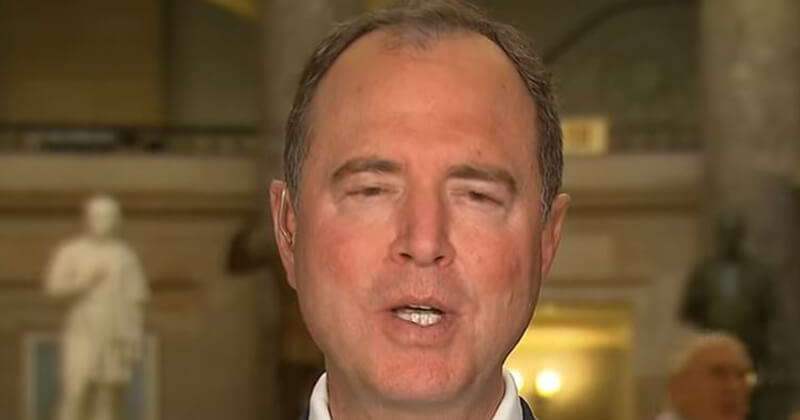 Adam Schiff’s act should be just about over.

The California Democrat has been making headlines for months as one of the leading figures in the failed impeachment effort against President Donald Trump, but if this week is any indication, he could be better known in the future as a chairman who can’t even lead his own committee.

Republicans on the House Intelligence Committee, led by ranking member Rep. Devin Nunes, boycotted a committee hearing Wednesday that was supposed to discuss new technologies and national security on the grounds that Schiff is overlooking a far greater potential threat to American freedoms:

Documented abuses of the system that was established under the Foreign Intelligence Surveillance Act to ensure that American spy agencies don’t turn their awesome powers against American citizens.

In a letter to Schiff, Nunes and his colleagues accused Schiff of getting far afield from the Intelligence Committee’s mission of oversight of government agencies – especially in light of the December report from Justice Department Inspector General Michael Horowitz that found serious faults in the FBI’s handling of its surveillance of Carter Page, a foreign policy aide to the Trump campaign for president.

That surveillance was based on warrants issued by the FISA court that were in turn based on flawed or deceptive information submitted to the court by the FBI, the Horowitz report found. At a House Judiciary Committee hearing last week, under questioning from Republican Rep. John Ratcliffe of Texas, FBI Director Christopher Wray acknowledged those warrants constituted “illegal surveillance.”

“Under your chairmanship, the House Intelligence Committee has strayed far from its mandate of overseeing the Intelligence Community,” Nunes wrote in a letter signed by all GOP members of the committee. “In fact, we have gone months at a time in which we’ve hardly held any oversight-related briefings or hearings at all.”

Obviously, Schiff has had better uses for his time.

First, he spent the fall using the committee as a kangaroo court, cooking up a sham impeachment case against Trump. Then he spent January preening on the national stage presenting the same sham impeachment case to a Republican-controlled Senate that was never in a million years going to convict and oust Trump from office.

The goal was to damage Trump for the 2020 election, but if polls and the GOP primary results in New Hampshire on Tuesday are any guide, the effort backfired badly.

And now that it’s time for the Intelligence Committee to get back to the real work of actual oversight – acting as a watchdog on the executive branch and its employees who could be violating the rights of American citizens, Schiff isn’t interested in pursuing the findings in the Horowitz report.

The reason for that, of course, is that these particular employees of the executive branch – in the FBI under the Obama administration and then in the early days of the Trump administration – were working in the lowest deep state Democrat tradition.

“During this period of inadequate oversight, numerous critical issues pertinent to this Committee’s jurisdiction were ignored,” the letter stated. “Most notably, on December 9, 2019, the Department of Justice Inspector General issued a report detailing significant abuses of the Foreign Intelligence Surveillance Act by Intelligence Community officials related to the Carter Page FISA applications.

“The IG also has identified seventeen serious shortcomings related to the conduct of this investigation, which the Committee is uniquely postured to consider.”

Actually, as far as Schiff and the Democrats are concerned, the intelligence committee is “uniquely postured” to burying the Horowitz report findings until the American public forgets about them. (A sympathetic media will no doubt do its best to help the process by moving onto the next sham outrage liberals can dream up against Trump.)

But the action by Nunes and other Intelligence Committee Republicans could well be a signal that the GOP isn’t playing by Democratic rules anymore.

Boycotting a Democratic dog-and-pony show like Wednesday’s scheduled hearing on “Emerging Technologies and National Security” might not sound like much, but the language the letter used was telling.

“Until the Committee prioritizes oversight activities related to urgent and critical concerns, Republican Members cannot support distractions from our core responsibilities,” the letter stated. “Given this Committee’s access to highly sensitive information, it is concerning that you prioritize publicity events rather than the more productive work that occurs in the Committee’s classified spaces.”

In other words, the intelligence committee should be focusing on oversight of the country’s intelligence agencies. But when those agencies were used to slime the Trump presidential campaign, or launch the investigations that have dogged the Trump administration since before it even began, Schiff wants no part of doing his job.

Schiff might have thought he was taking a commanding place on the national stage with his duplicitous role as ringmaster of the impeachment circus, but he was proving to his audience how big of a farce the whole anti-Trump #Resistance really is.

He’s not interested, in short, in doing the job he’s sworn to do for the people of the United States, and Republicans are calling him on it.

The Democratic impeachment show is over. And Schiff’s act should be too.