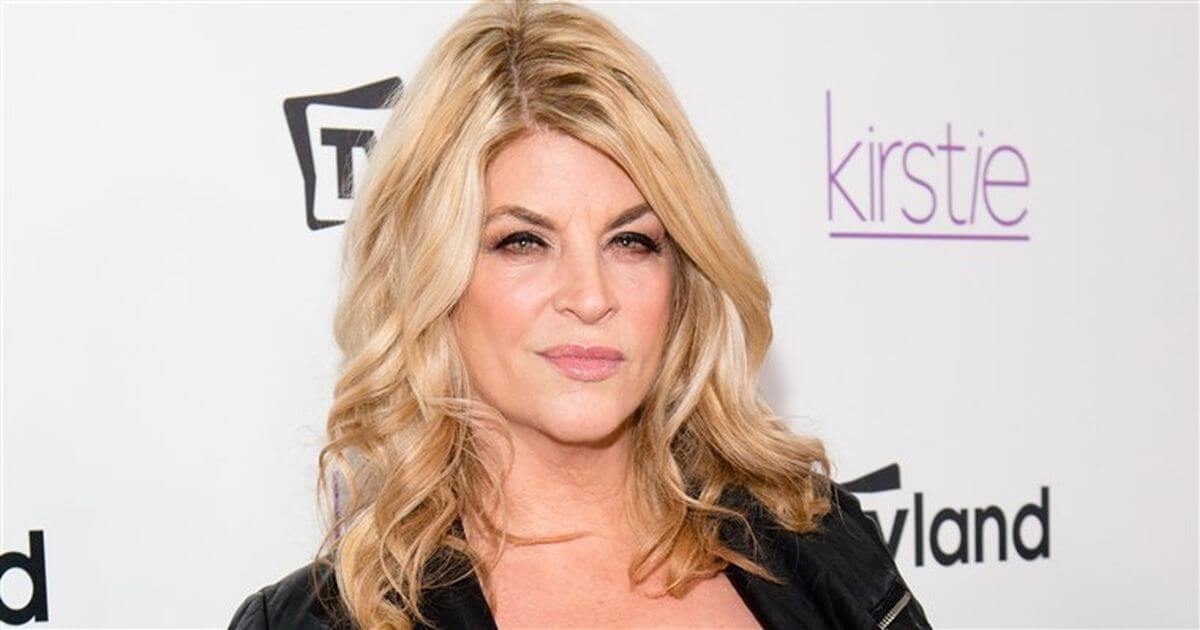 Actress Kirstie Alley broke from her Hollywood compatriots Monday and applauded President Donald Trump on Twitter for his administration’s response to the COVID-19 pandemic.

Suffering no shortage of social media scorn, Alley was unhindered in thanking the president directly for his composure, “care” and “boundless energy” in addressing both the ongoing national emergency and American morale in recent weeks.

“Dear Mr. President,” Alley wrote. “I wanted to thank you for [your] recent decorum, sincerity, & care towards us. You’re taking charge & leading in a manner needed & wanted for this country.”

“I highly commend you for [your] boundless energy & willingness to solve problems. Thank you.”

Dear Mr. President, @realDonaldTrump
I wanted to thank you for ur recent decorum, sincerity, & care towards us. You’re taking charge & leading in a manner needed & wanted for this country. I highly commend you for ur boundless energy & willingness to solve problems. Thank you

The statement received a deeply divided response from fans, many of whom applauded the actress on her willingness to speak freely in support of the president’s recent efforts to prevent increased stateside spread of coronavirus without greatly interfering with American daily life or further damaging the economy.

A vocal contingent, however, which included fellow figures in Hollywood, were less than thrilled with Alley’s remarks, suggesting the Trump administration had in various ways bungled the national virus response and demanding to know “what president” the actress was seeing on television.

“Are you out of your mind?” comedian John Melendez tweeted. “What press conferences are you watching? I watch the ones with lies, misinformation, & jabs at Mitt Romney, & others.”

Alley, for her part, seemed unphased, using the opportunity to have a bit of fun at the expense of those who were resentful of her remarks.

“BlAh blAh blAh,” Alley wrote back to Melendez, the first of several Monday tongue lashings issued by the actress.

“You can tell a lot about people who belittle you for your views and beliefs, when [you] aren’t even TALKING TO THEM!” she later wrote. “My bestie and I call these people CHIMERS ..they ALWAYS chime in when [you] are speaking to someone else.”

I compliment people when they do well … blah blah blah

You can tell a lot about people who belittle you for your views and beliefs, when u aren’t even TALKING TO THEM! 🤣🤣🤣🤣 My bestie and I call these people CHIMERS ..they ALWAYS chime in when u are speaking to someone else 🤣 pic.twitter.com/RmrS64LM0J

The actress would later retract her endorsement, however, disappointed by vulgar and objectionable sexual remarks revealed by the “Access Hollywood” tape in October 2016, just weeks before the presidential election.

According to Deadline, Alley rebuked an unwillingness to come together on both sides of the political aisle in 2019, assuring her social media followers that, despite an increase in public political remarks and endorsements, she was not a “devout” Republican or Democrat — simply someone who approved of anyone seeking to make a positive change in the world.

I refuse to be part of the Hollywood asshats who can’t see that “NOT working with Republicans” is as stupid and NASTY as “REFUSING to do business with gay people”..STOP ACTING above the FRAY ya damn hypocrites…WE are the same species! let’s help each OTHER ya damn yahoos ❤️❤️❤️

Such seemed to be the rationale behind Alley’s Monday applause for the president.

“I compliment people when they do well,” the actress said plainly.