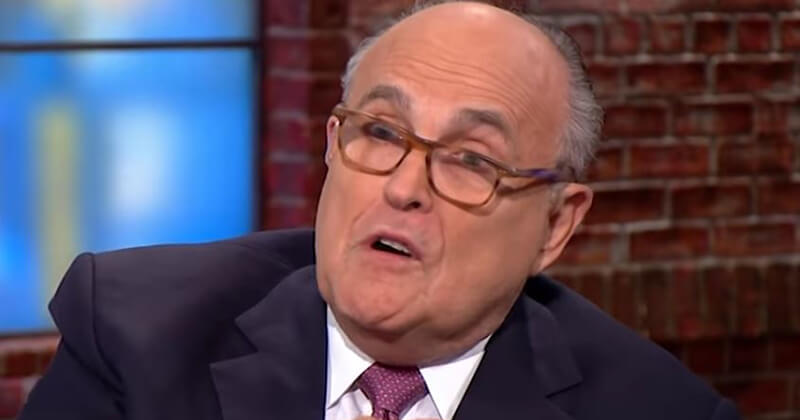 Former New York City Mayor Rudy Giuliani said Saturday he has the “smoking gun” as it relates to what he says is Hunter Biden’s connection to alleged corruption in Ukraine.

Giuliani, who is now the personal lawyer to President Donald Trump, spoke on the Fox News show “Watters World” about his long-running personal investigation into the activities of Hunter Biden and his father, Democratic presidential candidate and former Vice President Joe Biden.

Giuliani said that despite Trump’s acquittal on impeachment charges in the Senate, the full truth must be told.

Giuliani referenced a January 2016 National Security Council meeting that he said may have been attended by the whistleblower whose complaint sparked the months-long controversy over Trump’s July 25 phone call with Ukraine’s president.

“Obama and Biden representatives tell Ukrainian officials, ‘Get me dirt on Manafort.’ I have three witnesses to that,” Giuliani said, referring to Paul Manafort, who was Trump’s campaign chairman during part of 2016. Manafort was later convicted on fraud charges for his previous activities in Ukraine that were not part of his association with the Trump campaign.

Is it time for Giuliani to put up or shut up?

“Three witnesses are willing to get on the witness stand and say that in January 2016, members of Obama’s NSC violated the law Mueller was investigating Trump for violating,” Giuliani said. From 2017 to 2019, then-special counsel Robert Mueller investigated alleged collusion between the Trump campaign and Russia, only to report that none could be found.

The crux of the issue, Giuliani said, is that under former President Barack Obama, those NSC members “asked foreigners for dirty information on an American citizen who was going to be involved in a political campaign.”

Giuliani has said the extent of corruption related to Joe Biden and his son is vast:

Tdy ⁦@RudyGiuliani⁩ “The crimes Democrats committed in Ukraine are astounding. Treasury should look at every one of the family transactions, a pattern of behavior. The familywas monetizing Joe’s public office when he was a senator. ” ⁦@FoxNews⁩ ⁦@SundayFutures⁩ pic.twitter.com/PvXiRR9ha4

These two smoking gun documents have been displayed and discussed on my podcast Rudy Giuliani Common Sense. It’s now up to 5 episodes proving major Democrat corruption in Ukraine. Get it at https://t.co/OGyi1JKawT. Please Subscribe two more next week, one a surprise.

.@RudyGiuliani has seemingly strong evidence of massive corruption tied to Ukraine. And it goes well beyond the Bidens — deep into the State Dept. Explains why State is stonewalling @JudicialWatch FOIA requsts. https://t.co/sXyxBSn0Ly

“I have what I used to call when I was U.S. attorney, a smoking gun,” he continued, outlining what he said are documents sent from the Latvian government to the Ukrainian government that show “Hunter Biden is under investigation for corruption.”

“This should have been investigated,” Giuliani said. “Look, the government has been so lax in investigating this, it’s pathetic. These are crimes that when I was a U.S. attorney, the day Joe Biden made that boastful announcement about how he bribed … the investigation would have begun the next day for bribery.”

“He violated the bribery statute, announced it.”

Giuliani was referring to 2018 comments that Biden made about a 2016 visit to Ukraine when he demanded that nation’s government fire a prosecutor who had investigated the company where his son served on the board if it wanted to receive U.S. aid.

Biden has defended his actions by saying other governments also wanted the prosecutor, who Biden said was corrupt, fired.

He has claimed he did not act because of his son’s connection to Burisma, the company that had been investigated.