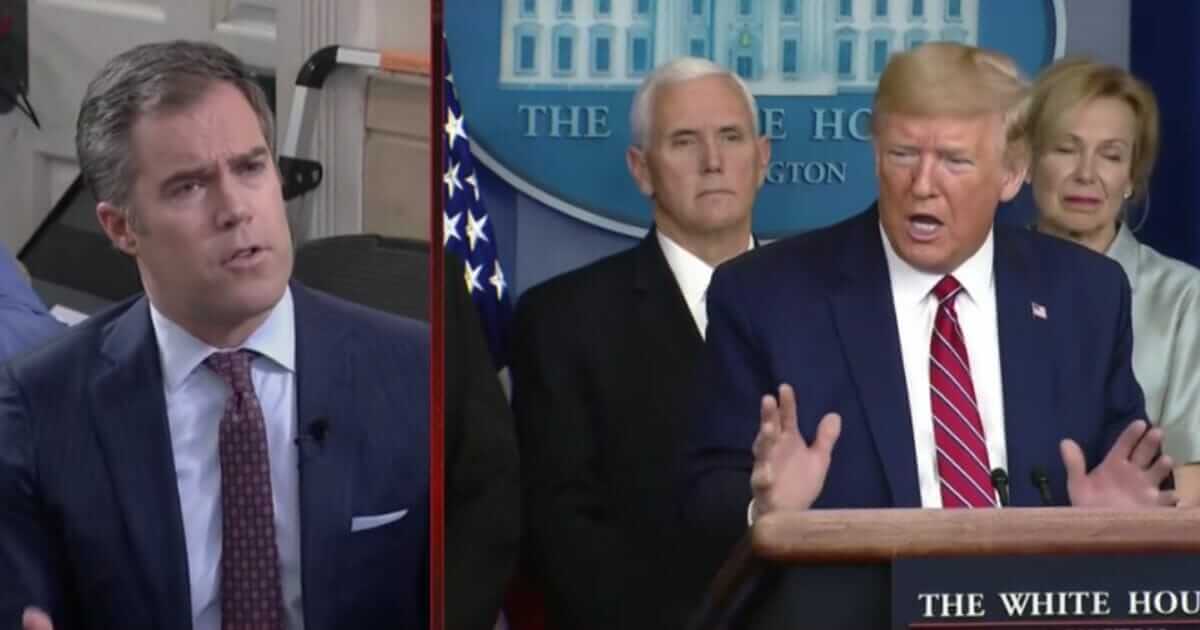 When it comes to the media, Americans don’t like what they see.

The coronavirus crisis has put a new spotlight on aspects of American life that are normally taken for granted – like functioning hospitals, quasi-functioning governments, and a presidency functioning like no other in history.

According to a Gallup poll released Wednesday, most are getting reasonably high marks – with one glaring exception.

Every single entity polled is above water on trust, by significant margins.

Respondents were asked if they approved of how the crisis is being handled in nine areas of life: Hospitals; schools or daycares; state governments; individual respondents’ employers; government health agencies; President Donald Trump; Vice President Mike Pence; Congress; and the news media.

Of those nine, hospitals scored the highest, with 88 percent approval, followed by schools/daycare, 83 percent; state governments and employers at 82 percent each; Pence at 61 percent; Trump; at 60 percent and Congress at 59 percent.

Considering the poll had a margin of error 4 percentage points, that boils down to hospitals alone in front, followed by schools, state governments and employers tied at second, followed by the national political leadership clustered in third – but all well above the 50-percent mark.

Do you approve of Trump’s handling of the virus?

That leaves, of course, the national media – an institution that forfeited any claim to credibility when it opted en masse to become the fawning mistress of the Obama administration over eight years and has only abased itself further during the Trump presidency.

According to the poll, 44 percent of Americans approved of the national media’s behavior during the crisis, which is chiefly astounding to those who wonder how that many people could still give the media any approval at all.

It would take an individual of rare intellectual deficiency and moral blindness to believe the mainstream media under any circumstances, but after the way it’s conducted itself during the present crisis, it would take such astounding self-delusion and malicious indifference to reality that only a Democrat or an even leftier fellow traveler would be capable of it.

So it’s no surprise really that the poll found the political affiliation of those who trust the likes of CNN (preoccupied with Trump’s use of the allegedly racist phrase “Chinese virus”  among other, less benign, distractions), NBC (and its badgering, “terrible” reporters), or The New York Times (where a top columnist proposed renaming the threat the “Trumpvirus”) is indeed of the Alexandria Ocasio-Cortez party.

Among the part of the population where sanity prevails – Trump supporters, conservatives and even independents – skepticism of an increasingly tedious White House press corps is the order of the day.

And fortunately for the Republic, that appears to be the majority of the population.

As Townhall political editor Guy Benson noted in the tweet at the beginning of this article: “Our condescending, hectoring, blinkered, self-appointed arbiters of truth are underwater by double digits.”

It’s a good bet that that’s in large part because a fair amount of the population, idled by work closures and social distancing, is getting a look at how disgracefully the media actually conducts itself when dealing with the president.

And they’re not liking it a bit.

Yup, no surprise there except l would have thought disapproval for Media would have been much higher.

Which explains why they don’t want to carry his news conferences anymore. They look like fools when they lie about them after running them live.

This is what happens when your first two responses to the crisis are, “Is this Trump’s Katrina?” and “Is this an impeachable event?”

It isn’t just the media’s handling of the coronavirus that has brought this about – nothing happens in a vacuum.

It might seem hard to remember now, with March not even over, but it was only at the beginning of February that Trump was facing the verdict in a wholly unwarranted impeachment trial in the Senate brought by power-hungry House Democrats aided and abetted by a breathless media.

It was this media that spent years hoping for special counsel Robert Mueller’s investigation to turn up something, anything, to get rid of Trump — and didn’t have the grace to show an ounce of embarrassment when that long, expensive exercise in futility came up empty.

It was this media that covered itself with shame during the confirmation hearings for now-Supreme Court Justice Brett Kavanaugh, chasing every empty story lead out there, building up obviously false accusations, and giving Kavanaugh’s chief accuser, the literally incredible Christine Blasey Ford, far more credit than her hazy, politically suspect story deserved.

That, and more, is the backdrop for this poll on the handling of the coronavirus, but these days Americans are getting the chance to view it up close and personal on a daily basis.

And it’s pretty clear, they don’t like what they see.