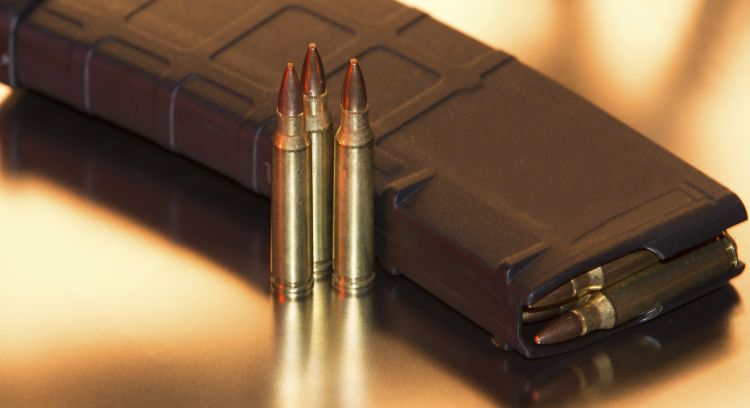 The legislation, Senate Bill 1625, is not likely to pass in the narrowly Republican-controlled Legislature this session, but it is seen as a political play to try to flip Arizona from red to blue.

“It’s a political statement to their base to let them know, ‘This is what we’re going to do,’” Arizona GOP state Rep. Anthony Kern told The Western Journal.

“Elections have consequences,” he added, arguing that Virginia serves as a cautionary tale of what could happen in his state.

Last November, Democrats regained control of both chambers of the commonwealth’s General Assembly for the first time since 1994, The Hill reported.

The Virginia House of Delegates passed an “assault firearm” ban on Tuesday.

The legislation cleared the House on a 51-48 vote, with all Republican lawmakers opposing it and nearly all Democrats voting for the measure.

House Bill 961 will now go to the Virginia Senate, where it is expected to pass and be signed into law by Democratic Gov. Ralph Northam.

Is gun control a bad idea?

The current breakdown in the Arizona House of Representatives is 31 Republicans and 29 Democrats, while the GOP has a larger 17-13 advantage in the Senate.

The Arizona GOP’s four-seat advantage in the Senate gives the party a little more cushion than the two-seat margin Republicans held in Virginia prior to November.

“It’s going to be one of the most intense elections we’ve ever had, and Arizona hangs in the balance,” Kern said.

An assault weapon is defined as a semiautomatic rifle or pistol that has the capacity to accept a magazine with more than 10 rounds.

Kern argued it is a “slippery slope” to take away Arizonans’ semiautomatic rifles for the sake of “feel good” legislation that would have little or no impact on preventing violent crime.

“Today it’s your assault rifle. Tomorrow it’s your handgun,” he said. “Criminals will always find their way around the law, and they will always be able to get their weapons.”

“The Second Amendment exists as a bulwark against those who would deprive American citizens of their lives, their liberty, and their property,” Ward said in a statement to The Western Journal.

“That is why the Republican Party of Arizona will always firmly uphold every individual’s God-given and inalienable right to keep and bear arms,” she continued.

“This right predates even the Constitution, and our Founders were wise to ensure that it was enshrined in our Bill of Rights,” Ward said.

The Western Journal reached out to Sens. Rebecca Rios and Lela Alston, who among other Democrats introduced SB 1625, for comment, but has not received a response.