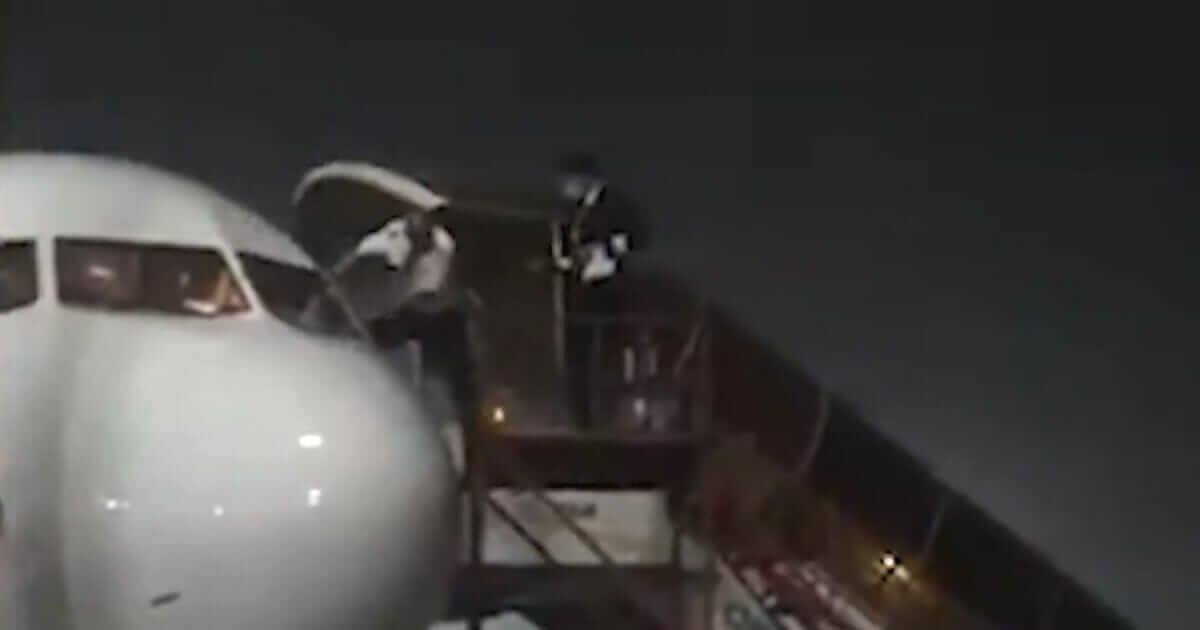 President Franklin D. Roosevelt is far from a conservative favorite, but his best-known line rings as true as ever: “The only thing we have to fear is fear itself.”

This is sage advice for times such as these. As the coronavirus pandemic sweeps the globe — approximately 409,000 people are infected and over 18,000 have died worldwide, according to Johns Hopkins — the fear is almost palpable.

When tensions are already so high, the smallest incident can incite panic, and that is exactly what happened on a recent Indian flight.

One of the passengers onboard was rumored to have the coronavirus, according to the New York Post.

When that person sneezed, the frightened crew promptly landed the plane in Maharashtra and scrambled out of the cockpit and onto the platform of the pilot access stairs.

Thankfully, the passenger later tested negative for COVID-19, which is good news for those aboard but makes the crew’s overreaction even more ridiculous.

To some extent, it is understandable that they would be anxious. The New York Times broke the story on March 12 of a JetBlue passenger who found out midflight that he tested positive for the virus during his trip from New York to Florida.

The passenger reportedly was still awaiting results but boarded the aircraft anyway. When the flight crew overheard him speaking about receiving a positive result via text message, they alerted medical personnel, who escorted the passenger off the flight after landing.

JetBlue has banned the passenger from ever flying on the airline again, and rightly so after he put so many lives needlessly at risk.

Flight crews are exposed to germs on the job as they encircle the globe in tiny metal tubes full of recycled air. They have to be careful, especially when passengers sometimes knowingly board their flights already ill and with COVID-19 able to live for 17 days on some surfaces, according to the U.S. Centers for Disease Control and Prevention.

However, reacting to a sneeze by practically jumping onto the tarmac is a disproportionate and irresponsible response from professionals who are supposed to know better.

On a flight where turbulence or a mechanical issue occurs, seeing the crew react nonchalantly and hearing a soothing voice from the cockpit can set everyone’s mind at ease.

Instead, the passengers on this flight were treated to the image of crew members squeezing their way out of the cockpit as quickly as possible because of a rumor and a sneeze.

Airplanes have become something of a societal tinderbox as it is, with videos of irate passengers being led off planes surfacing with regularity. Those instances happen during the normal course of operations and typically feature the crew remaining calm.

Furthermore, the whole spiel where the flight attendants demonstrate what to do in an emergency landing are all about a safe, orderly, calm exit from the aircraft. What’s not in that demonstration is the part about the flight crew leaving first.

With tensions already running so high, this crew could have set off a stampede as passengers rushed to exit the aircraft. Although their apprehension is understandable and their position sympathetic, they are in charge of the lives of everyone aboard that plane, including the sneezer, and should have remained calm and in control.

More than ever, this crisis requires the people in charge to remain level-headed. Inciting panic is the exact wrong thing to do, now and always.